It’s a Beautiful Day in the Neighbourhood? Adverse Possession and Prescription in 2020 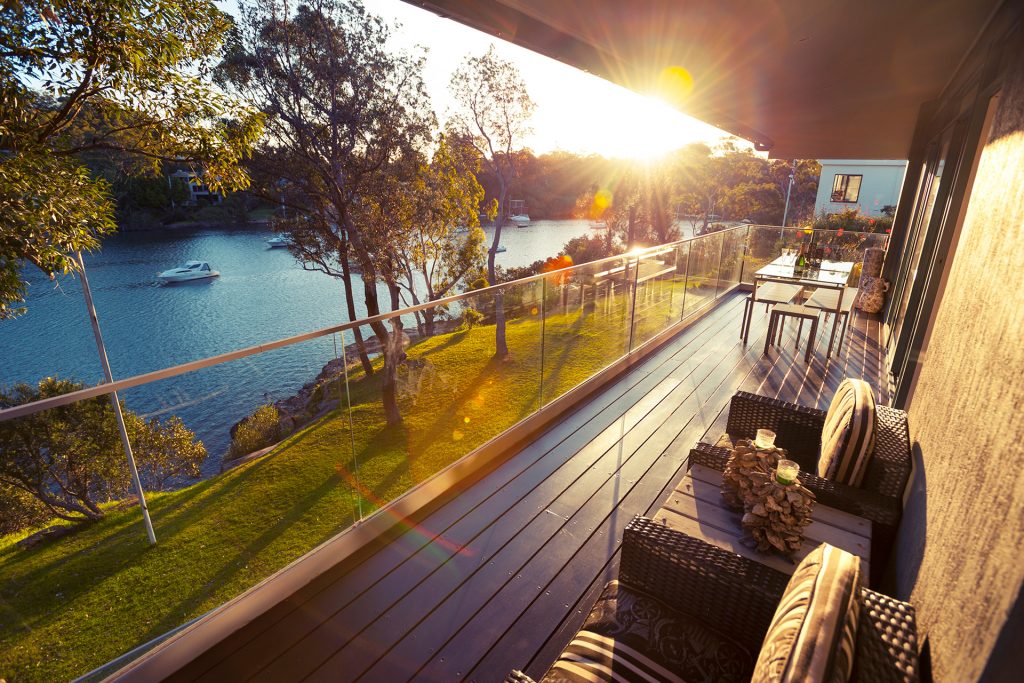 Lord John Graves Simcoe was a British Army general and the first Lieutenant Governor of Upper Canada from 1791 until 1796. One of his tasks was to plot out Crown Land Grants in southern Ontario.  In order to do so, he drew up urban lots in municipal areas such as (muddy) York, as it then was, some ‘garden lots’ (larger estate lots) in suburban areas and rural 100 acre lots on concession-lines in the rural parts (farm lots).

He drafted and enacted the early form of the Registry Act, which still exists as amended today, in order to describe how to organize registration of ownership and rights on land in Upper Canada.  Under the Registry Act, a system of books or registers was put in place allowing people to deposit on title the transfers of ownership, divisions of lots, rights of way, mortgages, liens, estate rights, etc.  Under the Registry Act system anybody could deposit almost any sort of title related document in the registry book.  (A common joke among real estate lawyers is that you can deposit a dead rat on title…)  The Registrar of Land was charged with keeping the books of registers and organizing the documents deposited on title so that they could be retrieved and examined by anybody who wished to view them; they were public.  However, the Registrar of Land under the Registry Act did not have any responsibility for reviewing title documents for effect or accuracy, he did not certify title or ownership, and he or she did not certify or confirm any rights with respect to title.  It was the responsibility of a purchaser, mortgagee, transferee or other person concerned with the title to review the register and deposited documents and determine for themselves that title was good.  It was in that sense a caveat emptor system; the buyer was responsible for confirming his or her own title.  The Land Registrar acted more like a librarian, responsible for keeping the books but not responsible for the accuracy or value of the books themselves.

The books of register continued to be kept by lots. As a result, a book of register for a lot would contain all the documents in chronological order for all the parcels divided out of that lot, each with its own metes and bounds description.  As land was repeatedly subdivided and successive generations of deposited documents accumulated, the system became cumbersome and difficult to use.

The other peculiarity of the Registry Act system was that certain unregistered rights were recognized as inalienable.  These included, for example, ownership acquired by the passage of time or ‘adverse possession’, commonly referred to as ‘squatters rights’.  Another example of rights acquired through the passage of time is a right of way or easement acquired by prescription or open use over a period of time without grant and without permission.  These types of rights are ancient and date back to the Roman Era and Roman land ownership law. They are mentioned in the Magna Carta.

A little later in our times, in other commonwealth jurisdictions, a different more modern form of land registration was developed called the Torrens System, named after Sir Robert Richard Torrens (1814–1884), who developed the system.  Under this system, a very limited number of documents were allowed to be deposited on title; only those documents that effected a change in title ownership and effected certain acknowledged rights on title (mortgages, established lien rights, rights of way and easements for example).  Over time a system like the Torrens System has been adopted in Ontario pursuant to the Land Titles Act.  Grants of Crown Land and land management in Northern Ontario and some unorganized parts of southern Ontario have occurred pursuant to the Land Titles Act.  Under the Land Titles Act, the Land Registrar was charged with the responsibility of ‘certifying’ the documents on title; reviewing them and making certain that they were effective to change title in an allowable manner under the Act.  The Land Registrar would disallow a document that did not comply with the Act, for example, one that purported to put title in any form of trust ownership for an unnamed owner.  The Land Registrar under the Land Titles Act was the gatekeeper for title documents.  He or she certified that the title to each parcel was accurately described and accurately owned and subject accurately to certain recognized rights.

Under the Land Titles Act system, unregistered rights such as adverse possession and prescriptive easements, are not recognized in any manner whatsoever.  You cannot acquire a right through use or possession over time in the Land Titles system.  If you do not have a registered right on title certified by the Land Registrar, you simply do not have that right.  This is an important distinction for determining one’s rights respecting land.

Moving forward to the electronic age, the government of Ontario wished in the 1980’s and 1990’s to modernize the land registration system in Ontario and provide for the electronic retrieval of documents on title and electronic, remote registration of documents on title.  The Director of Land Registration recognized that the Land Titles Act system was much better suited to electronic conversion than the Registry Act system for many reasons, not the least of which was the limited scope of documentary deposits (and, hence, the ease of conversion to electronic forms) and the certification of titles under the Land Titles Act system.  Over the course of some 20 years, the Director of Land Titles undertook the arduous (dare I say Herculean) task of converting all the Registry Act properties in Ontario to Land Titles registration. This involved, on each property parcel in Ontario, of which there are several hundred thousand, that the Director and his office needed to review the metes and bounds description for boundary issues, assign a Property Identifier Number (PIN), review all the registered documents for the parcel, certify those that effected title pursuant to the Land Titles Act, and certify ownership.

This conversion process created a conundrum with respect to the unregistered interests (adverse possession and prescriptive easements for example) that may have been acquired by anybody while property was registered under the Registry Act. What to do with adverse possession and prescriptive rights when converting a property from a system that allowed for the acquisition of such rights to a system that entirely disallows them?  The answer involved allowing Registry Act rights that had previously been acquired and had ‘crystalized’ into rights through the passage of time before conversion to remain effective on the title.  Land was converted through what is called ‘Land Titles Conversion Qualified’ (LTCQ).  On conversion, the title is stated to be,

“Subject, on first registration under the Land Titles Act, to: …(inter alia)  the rights of any person who would, but for the Land Titles Act, be entitled to the land or any part of it through the length of adverse possession, prescription, misdirection or boundaries settled by convention….”.

In effect, rights that had already been acquired were ‘grandfathered’ into the conversion.  However, rights that had only been partially acquired and that had not been fully acquired through the full passage of time required to crystalize were eliminated entirely.  On full conversion to Land Titles Absolute, all such rights are entirely extinguished, whether or not they had been previously acquired.

And now a little history and law about prescriptive easements:

The law regarding easements obtained by prescription over the land of another has a long and rich history dating back to the Roman era in what is now the United Kingdom.  This history culminated in legislation in 1275 by the Statute of Westminster I, [1275, c. 39.]   This, in turn, evolved through court interpretation into the Prescription Act 1832, described as “one of the worst drafted Acts on the Statute Books.”  The Prescription Act 1832, has itself evolved, almost verbatim, into sections 31 to 34 of our formerly applicable Limitations Act.  The prescriptive easement sections of the former Limitations Act were themselves duplicated in the currently applicable sections 31 to 34 of the Real Property Limitations Act, 2002. The law is restated in the Real Property Limitations Act much as it has been for centuries:

No claim by prescription to any right of way or easement that has been enjoyed without interruption for twenty years shall be defeated by showing only that the right was enjoyed before the twenty years, although other defenses may defeat the claim.  Where the right of way or easement has been enjoyed for forty years the right shall be deemed absolute and indefeasible except by showing some consent or agreement by deed or in writing.  The periods in question (twenty and forty years respectively) shall be deemed interrupted by some action that persists and is acquiesced in for a period of a year.  In other words, a claim for a prescriptive easement or right of way must be made within one year of a disruption.

In order to prove the prescriptive right of way or easement, the claimant must show twenty years of use that is (in latin) nec vi, nec clam, nec precario, or in English, without force, without secrecy and without consent.  In order to establish the easement, the claimant must demonstrate a use and enjoyment of the right of way under a claim of right which is continuous, uninterrupted, open and peaceful for a period of 20 years.

Why is all this history important to you?

When facing a boundary or property dispute, it is important to determine when your property was converted to Land Titles registration as any rights acquired through the passage of time must have been fully acquired and crystalized by the date your property was converted.  If they weren’t, they were extinguished on conversion. However, if they had crystalized by that date, then they persist as rights in Land Titles on LTCQ conversion.

An example of a right that can be acquired over time is the use of a parking space and the use of a neighbour’s property for access to, ingress and egress from your vehicle.  If a person were to use part of their neighbours’ property to access, ingress into and egress from their vehicle while it was parked in the driveway on their property for over twenty years, this is an example of an easement acquired by prescription through its use over the passage of time.  This use must have been open and obvious, uninterrupted, peaceful and without consent or licence or grant prior to the date of conversion.

In addition to establishing that a right of way or right of use existed prior to the date of conversion, it may be useful to have a professional come to take measurements of your lot.  This way, even if it is difficult to establish a right of way or use, you could rely upon the lot lines to demand your neighbor desist an encroachment upon your lot.

What Can You Do?

When facing a boundary dispute, you have some options which, unfortunately, involve some unpleasantness.  Our team has lawyers who are skilled and experienced with guiding clients through such scenarios.  Some ideas for how to approach a dispute with your neighbours are as follows:

Pursuing such a matter to successful conclusion would add value to your property by restoring any use that had been hampered by a neighbour. If you succeed, you may be eligible for a ‘costs order’, bearing in mind the recovery of costs is uncertain.  A possible settlement of any litigation would involve a compromise.